Dollar, Donetsk and US Dominance: Ending Any Time Soon? 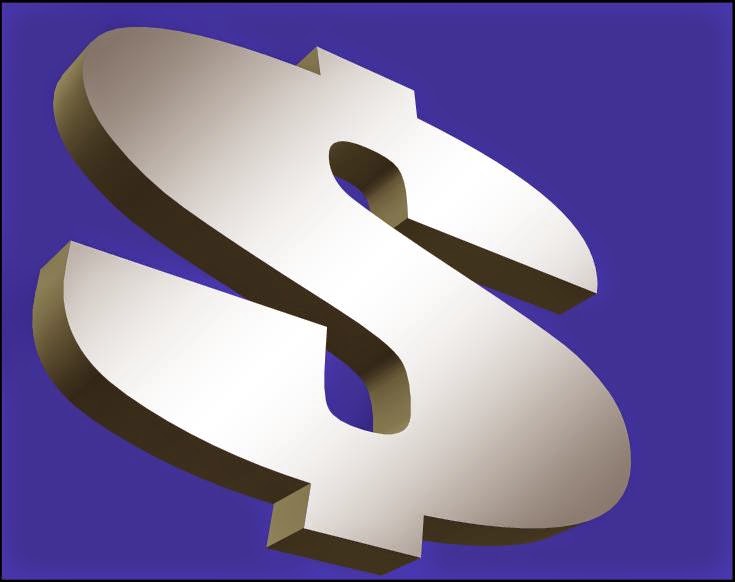 "The dollar's 70-year dominance is coming to an end", writes Liam Halligan in the Telegraph.  "Within a decade, greenbacks could be replaced as the world's reserve currency."

He isn't the first to predict this, and it seems to be received wisdom in some quarters.  BRIC Development Bank plans are cited in aid by Halligan, along with stats on growing BRIC GDPs, and speculation over what currency (or currencies) the big Russia-China gas deal is denominated in.

Well, people have been announcing the end of oil priced in dollars for a long time, and it really hasn't happened.  The banking crisis seems to have reinforced the dollar's standing.  Given the haste with which the Russians came to the signing-table on the gas deal (reflecting their Ukraine-based desperation to show Europe we aren't needed), the chances that they came up with a fancy new currency arrangement are rather small.

In the long run, I have no doubt China will be up there vying for the Top Nation accolade, but as often argued hereabouts their hesitancy and false-footing in foreign affairs doesn't make them likely to achieve this any time soon.  Timing is everything and "within a decade" for the end of the dollar as world reserve currency looks wildly premature.

I'd go further.  The fact of China as putative Top Nation doesn't really map one-for-one onto currency at all, any more than we'll all soon be speaking Mandarin.  'Currency' means a lot more than 'politico-economic muscle', as the Euro-bloc is painfully finding out.  A complex alignment of reliable legal system, flexibility & pragmatism of authorities, understanding of markets, ease of access, liquidity, adapatability & readiness to embrace change, lack of doctrinaire stubbornness and other factors is required - a combination not readily associated with, errr, China.   Or indeed France, another country that has perennially tried - well, perenially hoped - to be some sort of global player.  The City of London's dominance of the financial world has long outlasted the British Empire.

Changing the subject, but bringing it around to a similar conclusion, the Ukraine situation has obviously taken a very nasty turn while I was on hol.  To chuck in my 2 bits-worth: as Raedwald has suggested, it's rather probable the Americans knew what SAM kit was available to the separatists.  He asked - who did they tell ?  which is one way of looking at it.   I'd guess the USA has an absolutely top-notch vantage-point on everything in the region (just as we do in Cyprus for the Eastern Med) and could tell chapter-and-verse down to the very smallest detail.  It probably won't, though, for the time-honoured reason of not showing its hand.

Yes, it's the USA and its dollar for a while to come.

I agree, laughable to appear in the Torygraph that. No wonder I gave up reading it a few years ago.

Russia is about 5 years from collapse ifit can't stop its nationalist government. Once more large scale and cheaper LNG storage is available across europe then Qatar and USA will be able to provide a supply currently only available from Russia.

Then she can rely on her 50% discount deal with the chinese. Given Russia's budget needs $120 per barrel oil equivalent to balance, selling as $70 BOE will result in bankruptcy.

China will not grasp the needs of a global currency for many a year yet, for all the correct reasons you say ND. The Euro is a busted flush.

A crazy idea, here is my prediction, the Greenback will be the global currency in 2100. Still.

China's demographic problems combined with their innate inability at government to a) be honest and b) do diplomacy as understood by the rest of the world, will ensure they never become top dog. The world will never allow China the privilege of reserve currency status.

Have quoted from and linked.

It took around seventy years for the Pound Sterling to decline completely from its 1910 highs to its 1980s lows..
And its still a player, even today.

Those 70 years included two world wars, loss of all the money the British Empire lent to Imperial Russia to fight world war one.{more than the equivalent of our war debt to the US in WW2}
The break up of the British empire. The rise of the US and USSR as superpowers. The cold war era and the oil crisis, 30% inflation and the IMF bailout, the emergence of the EU, rapid deindustrialisation of the western economies, particularly in the United Kingdom, The Irish separatist terror campaign of 30 years, decline in North sea oil revenues and expansion of the welfare state to encompass almost everyone including the world's first free for all healthcare system.everyone.
Terrorism. The dot com bubble. The airlines collapse and the global financial crash, banking collapse, of recent memory

I'd say the US is a lot better placed today, just by being a continent, to survive as top dog for much much longer than the British Empire managed.

2100 doesn't look too unrealistic at all.

for a moment there I'd forgotten about Halligan and Russia ...

The Chinese are trying to, umm, convert their currency into a convertable one but it's not easy. The Japanese took a similar path and the Yen never became a reserve currency even when Tokyo was worth more than the USA. Japan, of course, has much better institutions than China does thanks to the wholesale adoption of the German legal system in the early 20th century.

We keep reading about schemes to create an international reserve currency such as Special Drawing Rights, but that's all well and good but can I take a bundle of SDRs on my hols?

The dollar survived the closure of the gold window, high inflation when Bretton Woods collapsed, QE, and the rise of Japan, the Euro, and so far China. Let's give its dominance a bit longer to live.

Unit of account, unit of exchange, store of value. U$D will remain all of those but any movements away will by their nature be exponential as confidence is lost. How long the dollar's "exorbitant priviledge" continue, put me in the less than 100 years camp.

I am really satisfied with this posting that you have given us. This is really a stupendous work done by you.
www.auto-satisfait.com |

Hello,I love reading through your blog, I wanted to leave a little comment to support you and wish you a good continuation. Wishing you the best of luck for all your blogging efforts.
www.4rce4health.com |

I am gonna bookmark this page, thanks for info. I actually appreciate your own position and I will be sure to come back here.
http://www.neuro-tox.org |