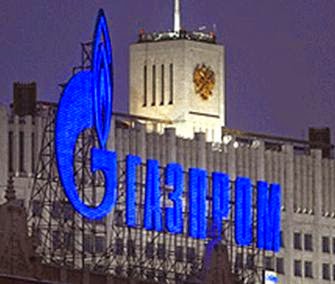 As if Europe hasn't enough problems ... but it's a beast of small brain.  Yes, after a couple of years of deliberation it's decided to proceed against Gazprom for abuse of its dominant position in the European gas market.  Oh, and for good measure Mikhail Fridman has been given the yo-heave-ho from his UKCS assets.

The Gazprom thing is laughable.  No deliberation was required, their actions were (of course!) fully known to the EU competition authorities yonks ago: and the impact of their real but transparent misdeeds has been diminishing steadily since 2009 and the Great European Gas Demand Collapse we have covered here since it started.  A large part of their west-bound gas availability is now 'on the margin', meaning that if they want to shift it they must (to their utter disgust) chase the spot price downwards.  The world is already awash with gas, even before the Japanese re-start their nukes, and there is a huge further increment of LNG on its way over the next couple of years.  China will not remotely be able to mop it all up in the short or even medium term.

In other words the EC has decided to kick the man when he is not just down, but badly wounded.  Political ?   Yes, I think we may safely say that.

So we are back to the childish Putin-baiting strategy we have criticized here often.  Given that Mariupol has not been stormed - as clearly it could have been, any time - it is surely the case that little Volodya has signalled he's had enough for now.  The Gazprom prosecution suit has been, and would remain, available on the shelf at any time.  Has something bad just gone down in unpublicised negotiations?

Or has ISIL been so comprehesively suppressed by the Iranians that Europe no longer thinks it needs to keep its powder dry?  (One notes that recently the brave warriors of ISIL have been more or less restricted to beating up works of art, which may betoken exactly that.)

As observed before, there are no end of opportunities for Putin to retaliate in the cheap and childish game of 'stirring up the hornets'.  The ghastly situation in Libya is obviously yet another.  How horribly stupid is EU foreign policy.

Maybe the EC is just trying to show how even-handed it is, and that the Google suit is not just blatantly anti-American and protectionist?

It isn't even anti-American; it is simply pro-Axel Springer, because Frau Merkel requires it. After all these years it seems Nicholas Ridley is vindicated. The EU is just a German racket.

Question is was this a legacy of Ashton or a move by the up and coming Mogherini.

Well a according to that wiki page she's been criticised for being pro-Kremlin and:

Mogherini was criticized for possible conflict of interest as her spokeswoman is married to a communication advisor of the Russian government-owned company Gazprom.

Maybe her spokeswoman has found out her husband has been cheating with a russian woman and this is their way of getting back at him?!?

Consider, there is a lot of Russian money floating about. It is off the radar in tax havens and complex systems. Given the margins of many state's finances any kick the margin could do nasty damage. Putin's mates and money could hurt in some places, sort of a finger on a main artery.

Demetrius said...
This comment has been removed by the author.
11:58 am

"The ghastly situation in Libya is obviously yet another. How horribly stupid is EU foreign policy."

You would have thought that after seeing what happened in Iraq, TPTB may have thought twice about repeating the trick in Syria and Libya. Surely they couldn't be so stupid. Unless, maybe, the chaos in those countries is a feature, not a bug.

Prior to his removal, Gaddafi had struck a deal with Berlusconi (also removed) by which the Libyan authorities made it not very pleasant to try and use the country as a launch-pad for Europe. And it was pretty well enforced.

We didn't send the RAF to bomb Libya back in the days when he was sending shiploads of Semtex to Sinn Fein/IRA and shooting policewomen on London streets.

There are plenty of people in the EU who'd like the borders opened wider. Maybe the "Camp Of The Saints"-style scenes aren't totally unwelcome.

The key strategic weakness of ISIL is that it declared itself to be a state before it had secure control of the land that the new state is supposed to occupy. Its forces have to remain in that area and they have to try and defend its entire border, because if it can’t hold territory it cannot claim to be state. But the existence of this state is intolerable to its neighbours and their allies, so ISIL is locked into a war of attrition against an informal coalition of enemies with vastly superior resources. Unless they are all distracted by a crisis elsewhere, ISIL will be steadily ground down and will probably collapse quite suddenly once it starts to retreat.

It’s the last spasms of desperate panic, as the cool gang at school realise they’re in the wrong part of town.
After years of taking back handers to shut down competition in the markets, they realize they’re a small pawn to the monsters they helped create.
In boardrooms around the world the members gather, with drinks and snacks, to hear THE telephone call (to keep with the theme, we will go with Gazprom)
Vlad, we have a problem. The peasants are getting a bit tetchy and voting for ugly people. If we don’t sort this out, it could be an end of our relationship. .(and by the way last month’s payment didn’t arrive)

We? Have a problem.
YES, WE! have a problem. Our governments can’t maintain our tax slice if you keep increasing your utility cost at source. The peasants have nothing left for us to tax
We?
Of course WE? This is a two way street. If you don’t cut your prices we will…
Go on?
We will cut off your access to our market.
OK? As the only supplier, how much will the peasant pay on the black market?
Now just hang on. We……….We can increase tax on your company!
We don’t pay tax in your country. We are registered in the same place we sent your payments. You want to open that can of worms?
AhHA “WE WILL FINE YOU”
We won’t pay it.
What? it’s a fine, of course you will pay it!
Nope. What you gonna do? Invade with your tinpot little army?
I’ll have you know, you take on us , you take on the whole military apparatus of the NATO pact!
Nope, actually, just spoken to Obama. Apparently you guys haven’t been paying your share of the costs and he thinks loosing eastern Europe will be a wakeup call for you guys to cough up.

@Suffragent, "the same place we sent your payments"
You are so right.