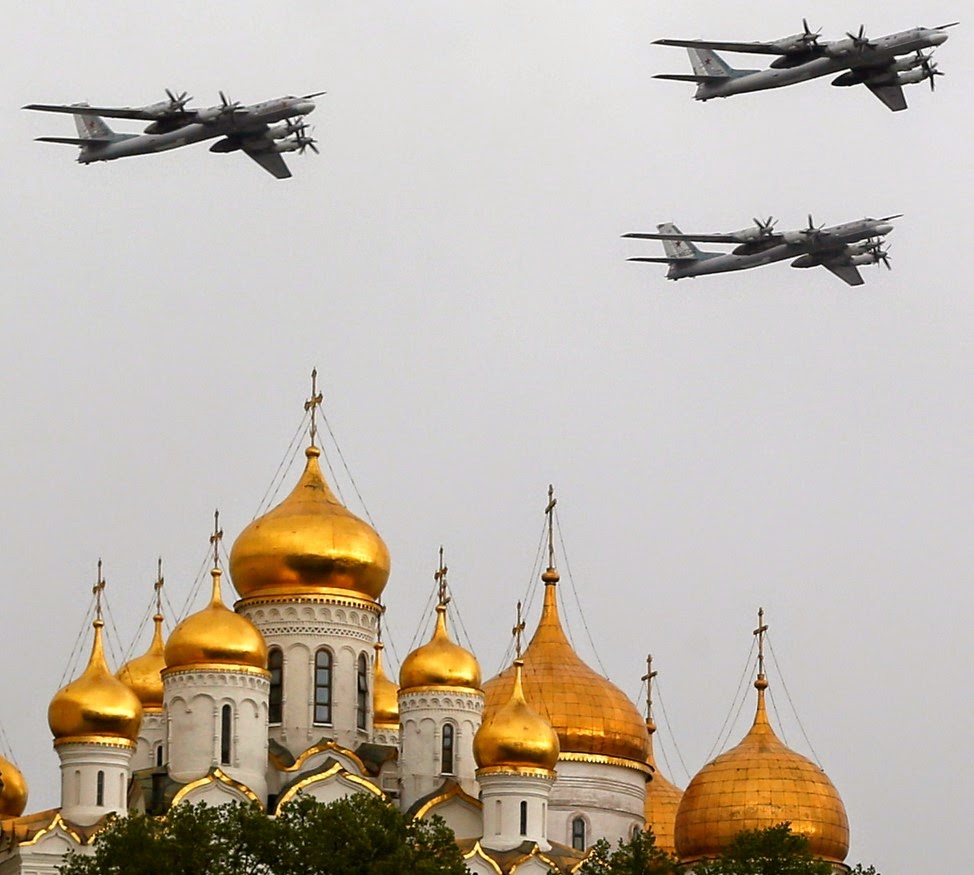 OK folks, 9 May is shortly upon us so the chance to win a C@W special prize must be seized quickly!

Recall: Little Volodya has summoned the Leaders of the World to Moscow for his big show in celebration of the rather important 70th anniversary of Victory over Hitler.  But of course he's in the naughty corner just now, so who will represent the UK at this jamboree?  And never mind who will - who should?

Since we announced this compo there have been two developments, one helpful to his cause and one less so.  L'il Kim, it seems, is no longer attending.  Yes, Jong-un the Wrong'un won't be there to embarrass anyone: some say he fears a coup if he leaves home, others that he doesn't wish to be an exhibit in a freak show (too late for that, matey).

But what of others?  The Gruaniad says:


The leaders of China, India and Brazil are expected at the parade on 9 May, but there will be few western leaders, most of whom are boycotting the event. The German chancellor, Angela Merkel, will miss the parade but instead travel to Moscow a day later to lay a wreath at a war memorial. The UK Foreign Office says it is still deciding whether British officials or politicians will travel from London to attend the ceremony, which comes just two days after the general election.

The thing that makes it really awkward is that the Russians have signalled they will be fêting their recent exploits in Crimea and eastern Ukraine.  Who on earth can the UK send?  C@W readers and writers have so far nominated:

The FO will have chosen by now and it more-or-less has to be either an aristo, and/or a minor politico whose status + availability won't be buggered by the election outcome.  Keep voting, folks!

Just on the off chance that SOMEONE be going.

The Duke of Gloucester! Perfect, no? What is he, 20th in line to the throne?

Royal status and no-one knows who the hell he is. You could even dress him up as a Field Marshal with all those wonderful fake gongs the Queem gives to her more distant relatives.

Ed Milibsnd won't be doing anything by the 9th May.

He can go. Lecture them on his Marxist theories. Although I doubt any Russians want to talk about communism anymore. They lived through the socialist madness.

Since it has turned dodgy, and dealing with an oligarch, Prince Andrew is a shoo-in.

Well, although I originally suggested Prince Charles I now think Princess Michael of Kent would be perfect - she would add the common touch, whereas Charles Philip Arthur George von Saxe Coburg und Gotha (or Charles Philip Arthur George von Schleswig-Holstein-Sonderburg-Glucksburg after his dad)may be a bit too German for the comrades .... what, an uncle in the SS? Oh I see ...

She is probably better known to muscovites than most other likely candidates.

Send someone who took Moscow gold. I nominate the corpse of Michael Foot.

George Galloway would be perfect.

The Hon, Henry David Montgomery would do very well. I met his grandad once when in the Army, an affable courteous chap, so long as you got the tea right.

The ghost of Bob Crow.