Naming a Car in Eco-Sensitive 2017

Just when you thought that everyone and everything had to big up their 'green' credentials, when Jeremy Clarkson was beyond the pale, when the snowflakes of Generation Wuss had to be appeased at every turn ... 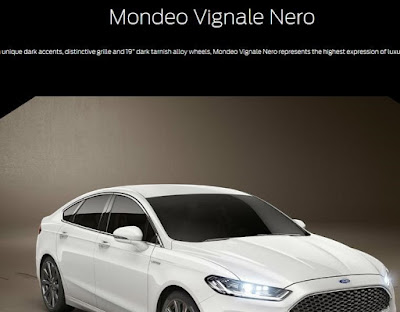 Great choice!  "Unique dark accents ... highest expression of luxury".  Here's Wiki on what might inform the buying public's subliminal associations of the moniker.


Nero's rule is usually associated with tyranny and extravagance; his more infamous executions include that of his mother.  Most Roman sources, such as Suetonius and Cassius Dio, offer overwhelmingly negative assessments of his personality and reign; Tacitus claims that the Roman people thought him compulsive and corrupt. Many Romans believed that the Great Fire of Rome was instigated by Nero to clear the way for his planned palatial complex, the Domus Aurea. He was said to have seized Christians as scapegoats for the fire and burned them alive, seemingly motivated not by public justice but by personal cruelty.

I think we can imagine the kind of bastard who'll want one of those - and what his driving habits are likely to be.  For their next trick, apparently Ford intend to call a new SUV the Trump ...

What other evocative car names can C@W come up with?  Answers on the usual postcard, please, with a small award for the best.

One of Martin Amis's novels had a series of splendidly named cars. The only one I can recall off hand was the "Ford Fiasco" :-)

On Nero, I thought you were being a bit unkind, what with the Italian language and the Caffè Nero chain, but it is more complicated than that.

Wiktionary has for the Italian:

2. fascist, the extreme right
4. a person of black skin

But there is help there too, from Finnish: an unambiguous "genius".

The cautious car manufacturer sticks with letters and numbers (sometimes as abbreviations related to functionality or size), eg: BMW's M5 and Audi's A6 SE. GT is Good Too.

The BMW Blair - the perfect car for the cunt's cunt.

The Merkel People Carrier - great for loading up the family and off roading through terrain from desert to Balkan hills!

The UnReliant May - with it's unique 3x3 wheel drive, it'll navigate you out of Europe. Eventually.

The Trump would look a lot like a clown car - noisy, attention seeking and gets you nowhere. Doors come off? FAKE NEWS! They're being replaced with yuge merkin doors! Yugest! Merkinest! (wheels start to come off...)

For information, Nero is water in Greek.

The Mercedes Benz Diana - a 20 year tribute, the latest in airbag technology and driver breathalyser-key.

What to C&W think of the PCP car buying debts in the UK and the threat to the economy ?

I used to own a Vauxhall Insipid.

Trend for patronising eco cars continues. The Prius. The leaf. The Up. Zoe. Twingo. And even a sounds a bit like really rehydrating face moisturiser, the IONIX.

So the eco cars Range

Renault Smug
Hyundai UnKool!
Mini FewMiles
Toyota Lowcharge
Subaru Sadiq
And Nissan , the most patronising of all, will have the crossover SUV, the Nissan TreeHuggi

I suppose some SPAD called Petronius could drive his best mate Giton around in one of those. But I suppose it would end badly.

We trained hard ... but it seemed that every time we were beginning to form up into teams we would be reorganised. I was to learn later in life that we tend to meet any new situation by reorganising; and a wonderful method it can be for creating the illusion of progress while producing confusion, inefficiency, and demoralisation.

Ford Vignale Black, I s'pose. Like the Mercedes-AMG Black Series, and Black credit cards. Still looks like a Mondeo.

Ferrari 'tosserati' for the Champagne Socialists, all hypocritical noise and on speed but with no reverse gear.

For green windbags a new model 'T' powered with a sail, hybrid with peddle power.

The Italian 'caligula' with no horse power.

The 'Churchill' a gas guzzling tank of an engine.

A new Romanian model, 'the gypsy' coming to a plot of land near you, it will make beggars of you all.

I don't know, it seems a fiddle to me but perhaps there may be a bit of fire under the bonnet?
I'll get my coat...

The Kia Thornberry - A large smug looking family wagon that drives with attitude and has the handling of a greased up roly poly. Comes not with cup holders but champagne flute holders - expected to sell well in Islington.

Shame the Hyundai Galloper never caught on, or the Suzuki Farm-Worker.

The VW Up Yours

This from Nick Ferrari:


It would appear the full consequences of this “drive” to get us all into electric vehicles has not been fully thought through.

What’s going to happen when we all get in from work, settle down for a cup of tea and a bite to eat and then all plug our cars into the mains? Surely the lights will go out.

Also, as is likely, if a family has two vehicles this additional demand could possibly blow a fuse or, worse, spark a blaze. So most of us would need our homes to be re-wired.

Also, few people have drives or garages so these cables will have to be strung across pavements, with a real risk to pedestrians as a result.

Finally, what are we going to do with all the batteries that power these vehicles when they come to the end of their days?

They’re impossible to destroy and highly toxic. As with many things “green”, it’s never as simple as it first appears.

EK.
The battery in your eco car does not belong to you. When it expires it is the property of the manufacturer.
Currently, ten to twelve years is the lifespan.
Puts a real dent idnto second hand value at 100,000 miles. About the same cost as a new gearbox in a fossil fuel car.

My curiosity is somewhat piqued by the twin visions of driverless cars that you hail via a phone app (thus reducing the number of cars in circulation massively), and simultaneously the idea that cars are going to be all electric, and spend most of their lives plugged into some form of docking station,acting as emergency grid reserves... Surely even if either of these competing visions works, the combination looks unlikely to be a massive success.

Puts a real dent idnto second hand value at 100,000 miles. About the same cost as a new gearbox in a fossil fuel car.

And the hybrids these days tend to have a battery and a turbocharger, that's two expensive parts that need replacing around 100k.

Could be a good time to buy a clean, one owner, low mileage, unstressed naturally aspirate petrol car like a pre 2013 Renaultsport Clio or a Toyota GT86 and hang onto it before everyone else clicks on!

We need a TVR Brexit or a Lotus Farage surely? The Land Rover Agincourt? The Jaguar Waterloo? The McLaren Dunkirk?

Nick Ferrari's musings are intelligent but amateur. ("real risk to pedestrians" is pretty silly.) All manner of forseeable technical advances will answer most of his points.

His broad conclusion is correct, though: truly massive changes will need to be made to the electricity distribution system to accommodate even a quite modest increase in electric-only vehicles from the current level of 0.x %.

And overarching that is the problem of large-scale electrification in general - we looked at electrifying space-heating a week ago. We can't even decarbonise that third of energy use which is already electricity. How much less can we do it when electricity demand is multiplied by whatever it takes to electrify transport and winter heating?

(which brings us back to heaping curses upon Gove ...)

I wonder if these eco-friendly (hah!) times would persuade those greeny Dutch to revive the Daf Daffodil?

Could be an Oz urban myth, but I am told that when Nissan wanted to break into the Australian market, they wanted to have a name that Austrialians could associate with. A massive survey was done. The car was called the Nissan Cedric

With a pink version called the Sheila?

BTW, here's a Gruan letter that is a bit better than some on the difficulties of electrifying cars

12 year cars become uneconomic to repair. They get written off by insurers for minor damage, making the 'investment' in clutch/exhaust pipe/water pump... repairs a bit of a risk.

Better to sell on at that age and get something younger. I imagine electric cars will have optimum longevity too.


Every fule kno that nero is the new black.

and for those over a certain age

The British Leyland May ... or may not start.

and for the 4 year olds

The obvious one is Caligula.