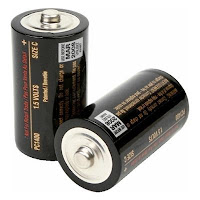 Drawing a kindly veil over Mrs M's pathetic attempt to recharge her government, let us pass swiftly on to recharging of a different sort.  It's been brewing for a few years; and now large-scale battery mania has well and truly struck energy markets in the UK and elsewhere.  'Large-scale' applies both to the batteries and mania.  Electric vehicles are an absurdity phenomenon we've discussed before; but it's batteries used on a macro scale that interest us here.

Focussing on the UK: the mania has in large part been driven by the structural evolution of the grid.  The grid has been landed with an ever-more challenging problem of how to sustain our electricity supplies, sandwiched between two unhelpful trends: ever-increasing intermitency from windfarms, distributed generation etc on the one hand, and relenteless closures of reliable coal-fired plants on the other.   Well, the engineers are clever chaps and when money is no object (thank you for the guaranteed rate of return, Minister) there is generally a solution to be found.  We may be grateful, I suppose, that there is a bit of a competitive flavour to the solutions they are deploying: an auction for Capacity Mechanism contracts and a tender process for the plethora of services the Grid buys in to sustain the system.  And to fairly widespread surprise, battery-farms have been among the winners.

Now auctions and tenders are not true markets: there is always a distinct "free-money-on-offer" aspect, and inevitably the Law of Unexpected Consequences cuts in.  Ministers, ever keen to pick winners, had been hoping the winners would be new, ultra-efficient CCGTs (gas-fired turbines), and "demand-side response" (DSR) from large industrial energy users.   They were advised before they started (by myself and others) that what they would actually get was a new industry of less-efficient OCGTs instead - a fairly easy prediction to make when you looked at the numbers.  That's what has happened, to their dismay.

Even more dismaying - and not widely forseen, though it should have been - was the rash of diesel-farms that also won a lot of the early contracts; a third-world "solution" if ever there was one.  For the future, that's largely been fixed by changing the rules (the usual trick); although the other dirty secret is that the dissappointingly small DSR sector often turns out to be factories that, in order to reduce their load on the grid at peak times, will simply fall back on diesels of their own - not what DSR is meant to be about.  Still, them's the rules.

The final surprise was batteries, the other big winner for capacity- and grid service contracts.  This is less dismaying for Ministers, because (a) everyone knows energy storage will play an ever greater role in any realistic scenario, it's just a question of what and when; and (b) unlike diesel gen-sets pouring out black smoke, batteries aren't a manifest abomination.   They can even be made to sound kinda green (by someone who doesn't know what goes on, out of sight, in the manufacturing process).

However, it wasn't as benign as all that for the Grid, because batteries of today's technology are a fairly suspect long-term source of the flexibility the Grid requires.  They run down in minutes rather than hours; and if hammered, their lifespan is as pathetic as a Mrs May re-shuffle.  We all know this will get better over time (battery performance, that is) but we ain't there quite yet.

So, very sensibly, the Grid has re-specified its requirements more exactly, and the rules have been changed (again) accordingly.  When the next Capacity Auctions take place later this month and in February, the first wave of battery mania should prove to be over; and I'd personally be quite surprised if the prediction of 12 GW by 2021 comes to pass ...

But strange things happen when public money is on offer.  What do all our C@W engineers out there think?


well, in hot countries, was expecting something like molten salt

Some excellent suggestions for local or regional solutions but on a national level, have always been a fan of pumped storage.

Have a look at the world list (https://en.wikipedia.org/wiki/List_of_pumped-storage_hydroelectric_power_stations) and count the number of Chinese installations.

Perhaps the Severn Barrage may see the light of day when the batteries run out.

long-term, and I mean over the next 2-3 decades, the investment in battery technology has to be the right call. batteries, if eventually possible at scale (quantum batteries, natch) matched with solar would be the answer for most of the worlds power. Leaving only the frozen north to use wind, hydro and gas.

we can save all that precious oil for badly needed kerosene.

I guess one of Merkel's great achievements is to destroy the German reputation for pragmatism and efficiency. Opening the doors to the world of course, but now Energiewende is unravelling with ludicrously high lecky prices and massive grid instability.

Months later it is emerging that things are not working out as hoped, as a myriad of technical problems have emerged. With winter weather in full swing, postal workers are finding out that they have to choose between turning on the heater are becoming stranded in the middle of the route because the vehicle’s battery has lost its charge, Die Welt/N24 reports."

Batteries are nasty treacherous unreliable devices, as anyone knows who has used any kind of battery-powered gadget.

Pumped hydro can work but it's not efficient. It isn't going to work in El Hierro, for instance.

And as for South Australia and their crazy battery scheme ...

as for South Australia and their crazy battery scheme ...

Yes, Don, I forbore to gloat over that. What a nonsense. This, from one of CiF's intelligent posters:

"the much-vaunted 'South Australia Battery farm' proposed by Elon Musk is 0.13GWh. It'd take over 4,300 such batteries [to be of any use in a 5-day period with no wind in the UK] at about £80 million each"

I also forbore even to mention Musk lui-même, being as how the laws of slander still apply in the www

The worst thing about modern batteries is they don’t work very well in the cold. Cold snap of -10 or worse (which is when we will need it, because the wind will not be blowing & wind turbines will be consuming power, not generating it) will truly fuck a farm of Li-ion batteries.

Get yourself generators, gentlemen. On the present trajectory we’re going to need them.

Battery technology has come on tremendously over the last three decades. I'd guess it will have to come on a bit further yet. (That's assuming that it isn't pressing against any fundamental limitations.)

I used to think that a snazzy yet-to-be-invented device would be a fuel cell that directly used methanol, the latter being easily synthesised from natural gas, any old cruddy type of oil, and even coal. But I've not heard much about fuel cells recently.

I though graphene was supposed to revolutionise batteries.

Well, conventional batteries work in the micro scale *because* they are micro.

Portability is their selling point.

As with the recent topic of plastic - all of our greenism will be futile because Chinese people and Indian people will be chucking it out there big time and with complete abandon.

BTW - I think generators are a waste of time in a crisis. We now have LED torches which run for decades and decent power packs to run TVs and radios.

In the event of a long crisis run down your freezer stocks and fridge stocks first - have a supply of tinned for second.

Any longer and a generator won't be any good anyway - they are prohibitively expensive to run.

Batteries are a typical engineering "solution" chasing a problem. They can't replace a grid as transmission losses/conversion losses would make them uncompetitive.

At best they can "time shift" wind/Solar power from generation to use - but only in small amounts in a local environment.

Power to size ratio as pointed out earlier would also suggest that it will be fine in the Australian outback but the footprint in central Tokyo would attract eye watering costs.


I sincerely hope the time will come (again) when I only need to charge my phone once a month or so (nokia 3210 / psion 3 or 5)
Batteries in cars may be practical if you don't travel far and have a garage.

Looking larger scale,
I hope it has become clear to all that batteries don't scale well (currently) - in terms of cost or footprint or lifespan.

You want to double (say) pumped hydo power to make it last twice as long, it might cost pretty much 0.00 extra if you have room to put the water upstream.
etc.

Like EK said, batteries get better as they get smaller.

Back when the South Australia deal hit the media, and some technical details came out (like the batteries are warranted for 5000 cycles, and a cycle seemed to be 30MW for 3 hours), I knocked up a spreadsheet with back-of-envelope UK numbers to see how economic it would be in the UK.

It didn't look economic for the UK, but when the battery costs halve in maybe 3-5 years time, it begins to look plausibly just about economic. Enough so that someone might start doing it at some scale for the brand image (Ecotricity?). So it seems likely to be coming to UK in due course. NB the media I read back then said the Australian unit cost US$50 million - maybe that is wrong, as you CiF contributor suggested £80m, which would mean more than 5 years in the future for an economic system.

I wouldn't put too much faith in my back-of-envelope numbers, but my spreadsheet reckoned break-even with a 6% annual cost of capital comes at 5000 cycles after 20 years on the following assumptions:

ND, can you see a major flaw in those assumptions? Obviously the 6% ROI on something quite risky would need semi-philanthropic investors (like the wind co-ops).