C@W's Xmas Outing to the Opera! 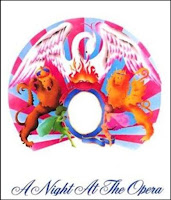 It’s been a few years since we all went to the opera at Christmas, but here we are again, at a rousing performance of the tragi-comic Madame Butterfingers, or How Theresa Dropped The Ball.

You’ll want a reminder of the plot …


*  *  *  *  *  *
We see Philip May entering the flat in Downing Street and finding nobody at home.  He breaks into the doleful Ou va la jeune indoue? (where has Her Indoors gone this time?)   A civil servant enters, saying the PM is needed urgently – the owners of a Sunderland car factory are demanding a subsidy to keep it open after Brexit.  “We can’t expect the Japs to be asleep at the wheel”, he sings (Nissan Dorma).  May ruefully remarks that his wife is forever jetting off to pester other European leaders, and the man acknowledges: La donna é mobile (she certainly gets about a bit).

The scene changes to the Élysée Palace, where Ollie Robbins and a nervous-looking PM are being kept waiting.  Che gelida manina, she intones (you get a cold handshake here). In comes a stony-faced Macron.  She begs for changes to the Deal: a limit on the backstop, and more generous trade terms. If not, she wails, Eccomi in lieta vesta (the economy will go up in flames).

Macron gives her a stern lecture: the UK’s actions are damaging to everyone, he says, and renders the chilling baritone aria Connais-tu le pays? (and you know who’s going to pay).  Flushed with anger, she tells him he should be more respectful of another head of government; but he continues his rebuff with the refrain Regnava nel silenzio (shut it - you’re not the Queen) and the first Act ends with her tottering off, ashen-faced.

Act 2 begins with a comic interlude: the scene is a sordid mittel-european hostelry. A dishevelled Jean Claude Juncker sways towards the bar singing Mimì's sì, mi chiantamo mimì (mine’s a chianti, yes chianti for me!)   The bartender demurs but Juncker redoubles the volume with the tenor refrain Largo al factotum (- and make it a large one!)

He grabs a bottle and staggers out into the street, where Boris Johnson is holding court to a gaggle of reporters.  He is keen to get publicity for his private mission to negotiate better terms: Questa e la Cameriera (where is the camera?), he demands.  Juncker lurches over and tells him there can be no further negotiation but Boris brandishes a folder containing pictures of the drunken eurocrat in compromising positions with various young ladies; and challenges him forcefully with Neghittosi or voi che fate (negotiate, or accept your fate).  Juncker is aghast, and turns aside singing Bimba pieni di malia (those slappers can do me plenty of harm).

Act 3 finds us in the heart of Brussels.   Robbins is ensconced conspiratorially with Selmayr, the Beast of Berlaymont, who mockingly renders Votre toast, je peux vous le render (you're toast, and I'm the one to do it to you).  Keeping his cool, Robbins declares he can reverse Brexit if the transition period can be extended until after the next general election, and if Selmayr promises to make him a commissioner after that.  The Beast is having none of it: Zwei Jahre sind dahin, Dulde (two years is all you get, dude!)

Then May enters. Selmayr leaps up and takes her to one side, gesturing back at Robbins, who turns to the audience and sings Ah! Fuggi il traditor (oh fiddlesticks - he’s betrayed me!)  It seems he is right, because May rounds on him with the high-register soprano solo, Gott, der du schauest! (God, Robbins – you shyster!)

She retreats, a broken woman, to the corner of the stage, as the rest of the cast gather in the centre; an unholy sextet of Philip, Boris, Juncker propped up by Selmayr, Robbins and the junior civil servant. They sing a complex 6-part harmony, ending with the simple, repeated chorus: Donna non vidi Mai – never has the world seen a woman quite like May!

Merry Christmas to one and all!

I'll read the post again after i've opened the amontillado

Now I have to clean the screen and keyboard. Nicely done, Mr Drew. Happy Christmas to you, yours and your blog colleagues.

Yes, nicely done. Not so sure about "chiantamo"?

Bravo Bravo. A merry Christmas to one and all.

Merry Christmas to everyone,

Very good! Reminded me that a few years ago the RCM did a production of La Gazzetta with references to Berlusconi's "Bunga Bunga" parties, so you're not too wide of the mark! I particularly relish the picture of a tired & emotional Juncker: Largo al factotum indeed...
Best wishes for Christmas.

My kind of show. NSFW or kids.