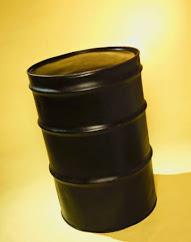 I have never followed the tobacco industry: the sum total of my knowledge is:

Just recently I read that tobacco consumption has hit an all time high!

So what do we make of this hypocritical charade?  I'm guessing that by dint of the first bullet above, the industry has to get along with a slightly higher cost of capital than might otherwise be the case (or maybe it's done with cheap Chinese money).  Well, provided all tobacco companies face the same situation, no competitive disadvantage follows.

Secondly, all the action is presumably out of sight to western eyes, so probably nobody much cares any more: the shareholder activists have won that particular battle and have all moved on to something else.

Summing up: there must be several companies - some of them 'western' - quietly making a great deal of money from this all-time record tobacco consumption.  Meanwhile, the woke caravan has moved on - it seems everyone's happy.

Given the rash of "adverse" headlines in the traditional oil sector, I think we may anticipate oil going the way of tobacco.

In my day job I don't do a lot of oil stuff: it's too easy a commodity to deal with commercially (compared to gas and electricity) to need much specialist consultancy.  But I can tell you that in gas and electricity, the stuff that greens don't like (e.g. coal-fired and gas-fired power stations) has for several years now been quietly passing into the hands of private equity, asset by asset, SPV by SPV**.  The traditional players are hoping to run their businesses as green-approved specialists in future - made all the easier by the 2018-19 decisions that enshrine "climate-change adaptation" & "resilience" etc as Green.

RWE is a superb and quite extreme case study (because they've got perhaps the biggest coal-&-lignite challenge), but Statoil (Equinor), Shell, BP, Total and several others are almost as striking - and are well on the way.  Ørsted (formerly DONG++) has pretty much worked the oracle already.  Most of them stumble a bit, because they ain't so hot on the ultra-high-tech that's often involved (I've watched Shell making an arse of itself at close hand) - but they are big and capable and determined, and many of them will probably learn the new ropes.  (They made a much worse hash of it in the 1990s when they all piled into the electricity sector, stupidly thinking it couldn't be much different from gas.)

So watch out for the oil industry going the same way, headed for thick-skinned ownership that will seek to profit from strong, unending global demand while the woke-west averts its eyes (and still takes holidays abroad, uses mobile phones, plays online games etc etc etc).  If this doesn't work (and I think it will), well, China will clean up.  We offshore the world's manufacturing CO2 emissions to them, and maybe we'll outsource that nasty oil production as well.  (Russia stands a decent chance of muscling in on this one, too.)

As noted here before, Exxon is the standout progress-resister, desperately wondering if it can carve out a viable "last remaining dinosaur" niche.  It ain't gonna get away with that unnoticed.  But I'm not sure it knows anything else.  The elephant never did learn how to dance.  And the Darwinian race is to the adaptable.

** Incidentally, some of them are royally ballsing it up.  But there's so much $$$ out there!

++ How we miss dealing with a company called DONG !

"oil is essentially a western-dominated industry, with a vast amount of capital deployed that will not go down without a determined fight"

They started their determined fight as soon as the first nuclear power stations were a possibility. The anti-nuclear campaign by the oil companies has been very successful. It is perhaps beginning to fade at last.

Nick, we rely on you to talk some sense into these decision makers!!

As we get colder winters in the West with the grand solar minimum I wonder how happy the Greens will be with the poor dying of hypothermia. Perhaps they'll quietly allow people to keep warm or perhaps by dying we will be protecting the planet, pretty much like masks protect the NHS? After all, as enny fule no, humans control global temperature....

Personally, I'd be happy with a fracking well in my back garden.

>"Personally, I'd be happy with a fracking well in my back garden."
I somehow doubt that, unless your garden is about 50 miles long.

Re tobacco: Does the industry actually need any new capital? Surely just a case of running the existing operation as a cash cow. No new entrants allowed, no advertising to steal market share either.

DJK...just mirroring the hyperbole of the Greens!! Obviously I'd have to move :)


"explain how Boris, serial husband, got to marry his handler in a Catholic cathedral?"

Step one was the 2008 and changes to church/state brought in by Gordon Brown. Previously no catholic could hold office that advised the crown. Not as racist as it first seems. The PM appoints the bishops. Or rather, the Monarch does. But the PM has to advise. The 2008 changes fudged the issue so the Crown chooses an adviser to advise the PM. I think. It’s a very british fudge, the crown, in appointing an adviser to advise the PM means the crown is advising the crown. Not the PM. I believe.

As for the Catholic Church, Mrs Q, Catholic, tells me that the previous Anglican marriages are not recognised by the Catholic Church. So he is, in effect, unmarried. I asked if she has ever known this on eminent excuse being used before? She said she had never heard of it. And no one she knows, even on Facebook, among that scores of close relatives and hundreds of cousins has either.

So possibly more even more fudge.

Tjat cigarette consumption is hitting new heights is in a strange way a good thing.
Rather than having your life shortened due to malnutrition your life can be shortened by a means of your choosing.
Progress indeed.

I recall reading years ago that BAT saw great prospects for growth in China, which now has over 300 million smokers. A medical website confrims this:

"Paul Adams, the director responsible for BAT's business in the Asia Pacific region, reported, “China is … by far the largest and most profitable opportunity … " https://www.ncbi.nlm.nih.gov/pmc/articles/PMC2598483/

You may remember that at one point the tobacco companies started targeting women, beginning in Germany with a brand called Kim (thanks, BAT https://en.wikipedia.org/wiki/Kim_(cigarette)); currently in China the vast majority of smokers are men but I'll bet Ken Clark's pals are working on breaking the cultural resistance to female smoking and when they do it'll be trebles all round for execs and shareholders.
https://www.ncbi.nlm.nih.gov/pmc/articles/PMC4696545/

So far Covid deaths worldwide (as attributed, and that's an argument) total c. 3.5 million; tobacco-related deaths in China alone are running at a million annually and set to double that by 2030.
https://www.business-standard.com/article/international/over-a-million-people-die-in-china-every-year-due-to-smoking-report-121052601195_1.html

Who is bringing disaster on whom?

Thank you for the explanation Bill. Since I moved to a Catholic enclave I have considered joining in...much more fun and not so left wing. So much less guilt and shame going on. The Catholic God will forgive anything (except the use of contraception and women ministering God's word which would be a disaster, obvs)

"Not as racist as it first seems."

FFS!! Not at all racist, sectarian maybe.

andrew: "Rather than having your life shortened due to malnutrition your life can be shortened by a means of your choosing."


Living in the Socialist shithole the UK has become, is likely to shorten your life.

Rather than having your life shortened due to malnutrition your life can be shortened by a means of your choosing.
Progress indeed.

Freedom is a wonderful thing in principle but why visit its effects on others. Unless of course you are some sort of superior being.

Ah yes, DONG and DUC, the Danish Duo. Whatever happened to DUC?

IMHO this case won't survive appeal. Unlike the Big Tobacco cases, it'll be difficult to pin climate change damage to the energy companies due to the Scope 3 emissions being down steam of them.
Also, they are not responsible for observing human rights unlike governments (despite The Netherlands having some social obligations placed upon them). They only have to follow the relevant legislation and this doesn't place the same level of responsibility upon them (at the present time).
I also think that they could find 12,000 people who wanted to be able to heat their homes, use lights at night and drive to work that could argue that it was in their interest that they continue to supply their product. It's not like everyone thinks what they are doing is killing them - the people in this case were clearly the fringe of eco-cockwomblery.
In summary, it's a nice headline but I suspect it won't be the game changer that the media is currently touting it as.

Oil? Who needs oil when there are .... HEAT EXCHANGE UNITS riding in to save the day. Or maybe not....

I hadn't realised it was possible to gather together SO many stupid people as we have driving our energy (or rather, end of energy) project. FUBAR.

BEIS tells industry that energy saving devices can cost up to £35,000 each and could increase fuel bills

Heat pumps could cost homeowners up to £35,000 each, can emit noise which breaches legal limits and could increase fuel bills, the government has admitted."