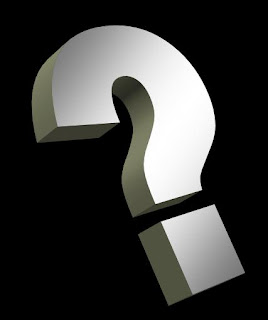 I don’t recall being less comfortable making predictions. For one thing the UK general election result has a rather binary feel to it – either a workable Tory majority at the first attempt, or political chaos for a while which, with a truly malign crew of Labour string-pullers at work, could be very destructive indeed. Many issues hang on this.

There is surely only a gloomy economic prognosis for 2010, as the various vast and indiscriminate stimuli come to an end. This will put the dampeners on a wide range of sectors and markets that were starting to feel quite pleased with themselves again at the end of 2009. It is impossible to contend that the many huge programmes of government measures taken worldwide in such blind panic in 2008-09, and of such an unprecedented nature, were in any sense properly thought-out or calibrated, let alone optimal.

If this were not enough, we need only mention the word Iran, as CU said.

On the positive side I take great heart from the non-outcome of Copenhagen, which in EU circles should have given power to the elbows of the skepto-pragmatists (Germany), and put paid to the naïve but hyperactive ‘idealism’ of Gordon "Scorched-Earth" Brown (we may be sure the re-convening of the great Kyopenhagen road-show will be timed for after June . . .)

1. There will be no ‘legally binding’ global environmental pact of any substantial nature.

2. The tension between Continental oil-indexed contractual gas prices (rising), and the spot-price of traded gas (remaining soft), will go critical – with beneficial consequences.

3. Gold, which has been looking so technically strong for many months, will continue to benefit from purposeful non-OECD diversification of reserves.

4. Ed Miliband will succeed the scorched-earther (I am with Dale on this one).

5. UK will retain its AAA (not with Dale here – but long gold just in case, see 3 above)

And a Happy New Year to all !

Cameron to win with an overall majority of about 20. He does not have the courage or convictions to inflict the sort of cuts needed to control Brown's debt.

Cameron will vacillate and the UK will lose its AAA status, but not default. I am extremely pessimistic about Cameron - he is not up to the job.

Borrowing costs will rise, coinciding with a return of CPI inflation well above the 4% mark during 2010 (RPI 1% less).

The pound will fall but not as much as people expect both because of the actual interest rises (the BoE rate will be irrelevant), and because the dollar and euro will falter.

Cameron's renegotiation with the EU will fail. So we will be lumbered with continuing rule from the EU at crippling cost.

In real terms after inflation the UK economy will contract in 2010 again, even if 2009Q4 is just up.