In Praise of Unilateralism and High Standards 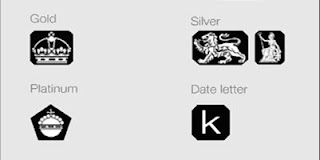 Unilateralism has something of a bad name, primarily through association with CND and its ilk. Unilateral disarmament flies in the face of all history and experience.

But in other spheres it can be a much more appropriate proposition, and insistence on multi-lateralism can be counter-productive. Two such cases are very topical.

First, environmental measures. Because some types of pollution know no borders, and because clean-up can cost money, it is tempting to say: we all act together or we do nothing. But it is amply evident that (for example) China will do absolutely nothing it does not conceive of as being in its own interest, and will scupper anything that others might seek to impose upon it. However, like any country, it will certainly take whatever measures it sees as being in its own interests which, in the case of the environment, won't at all mean China does nothing.

We should all adopt the same approach: refuse impositions, but take whatever measures we consider right, coordinating with any nation that sees things the same way as we do. If this includes raising tariffs on 'dirty' goods from China, so be it.

Second, a levy on banks. Gordon Brown, forever the coward, has never been willing to address shortcomings in City regulation for fear of 'losing out' to New York or Frankfurt. He attacks Cameron now, for proposing unilateral action to strengthen UK banking structures - and this after the systemic pre-2007 weaknesses have cost us disproportionately. Does he imagine that UK plc can somehow only make its way in the world with an under-capitalised financial sector ? Perhaps under the slogan "Ours is the biggest, so it had better be the weakest" ?

The UK was once synonymous with the highest standards. A British precious-metal hallmark is considered entirely trustworthy the world over: a French hallmark is taken with a large pinch of salt.

We know the cost of racing to the bottom on banking regulation - it is astronomical, and you don't even need a long memory to know it. Do what's right, and let the others catch up. It is its own reward. Go Cameron!

It is a pity that Brown messed with a system that worked, particularly by giving the FSA partial responsibility for banks. When the bust came (that Brown had boasted he had eliminated), his regulatory system fell apart.

Scrap the FSA, revert bank regulation to the BoE, and enforce a Glass-Steagall type division. And, yes, do it unilaterally.

Once a bank the size of HBoS or RBS goes bust, the loss is real and so must be paid back (at least so that only shareholders lose). If, say, Cameron makes the banks "pay" then the banks will simply jack their prices up so extracting the money from their customers - who are the taxpayers.

I have pondered the idea of environmental tariffs. The principle is sound, but it would be quite bureaucratic to "punish" the right products though, wouldn't it? The customs people would have to know how each product was made or hold some kind of register which would rather put the dampners on free trade.

I don't approach the idea with any relish myself, BE, but at a guess I'd say (a) not difficult to come up with a broadly accurate tariff of C02 content (precise accuracy not needed), and (b) quite difficult for the Chinese to pass off 500,000 ton container vessels as having come from somewhere else ...

budgie - rather a precisely-calibrated levy being added to customers' charges than a random, exorbitant & highly disruptive ransom-demand once every so often

Can't for the same reason the British hallmarks are being phased out. The EU.

Now if you will extend unilateralism to our withdrawal from the EU.

For a moment I really thought you meant it.

Obviously not. There is no need for a CO2 tarrif unless you want to finish off what remains of British industry.