To Hollow Laughter, Hinkley Rumbles On 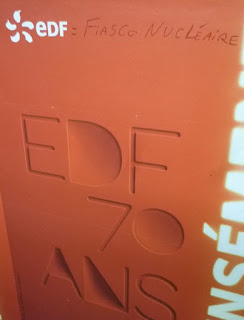 Some well-placed Americans of my acquaintance recently had an audience with DECC ministers for a tour d'horizon, and tell me the government is utterly convinced that the great radioactive white elephant of the Hinkley project is going ahead, because the French are utterly determined.  (Well, they convinced their visitors on that score anyhow: but as we know, Americans are sometimes quite ready to buy redundant Thames bridges from smooth-talking Brits ...)

As we've said before, when governments with decent credit ratings are involved, commercial reasoning and indeed any other kind of logic can fly out of the window as easily as a radioactive elephant with Dumbo-wings.  It would be bold to stake too much on reason prevailing in the case of Hinkley.  They have been saying the investment decision is a mere four months away since 2008, and one day it may turn out to be true.  (One day, it might turn out to be 'Non'.)  Each time they have to recant we get the most amazing sophistry, but it's a delight to see how they manage it with a straight face every time: Heaven knows, they've had enough practice, these Gallic snake-oil peddlers. 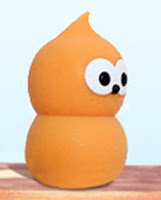 This time, of course, they've decided it's essential to consult their workforce, a 'due process' that will naturally take 6 months, and couldn't possibly be rushed, still less skipped altogether, oh dear me no.  Well, they don't want to provoke a riot, do they?

What is harder to understand is why the UK and Chinese governments aren't just terminally pissed off with all this nonsense and moving on to something more productive.  Have they no pride?  Aren't the Chinese supposed to be pretty anxious about keeping face?  Why do they continue to pander to the radioactive turd that is EDF?

I've heard that supplies of aggregates for the inital phase of Hinkley Point have been suspended for now. Some of the supplies that were being stockpiled are now being sold to other customers instead.

Plus the plans for the quay where later deliveries of aggregates were going to be unloaded have been sent back to the drawing board. Someone didn't realize the Bristol Channel is tidial!

Also know from personal experience that the appointment of lawyers to the project is endlessly delayed. I don't buy the full commitment thing at all.

The status from June 24th onwards will be interesting.

Brexit would be a good excuse to give up. If nothing else, currency risks would somewhat increase with a lot of the costs in Euros and Renminbi, and the future income in GBPs which will likely decline in value (even with the future income UK inflation linked under the of-so-generous CfD contract).

And the NuGeneration (Toshiba/Westinghouse + Engie) second CfD funded nucs project at Wylfa Anglesey is rumbling on, with a conference "Addressing the Challenge of Financing". Key snips that caught my eye are:

"Market uncertainty and market dysfunction will continue to be a barrier for new nuclear deployment. Overcoming that, like the UK has done with the CfD, is step one. ... we have to explore ways to access export credit agencies [US and Japanese] and other sources of debt ... the financing challenge is the main challenge in the near term for the industry in the UK. ... we've got the opportunity to access the [Infrastructure UK Treasury Guarantee Scheme]."

So the fiction of privately funded profitable nucs continues.

At least some Toshiba AP1000s will be operating before the UK signs up to them, unlike the EDF EPRs, and there is a reasonable prospect they will be built to time and supply slightly less expensive leccy.